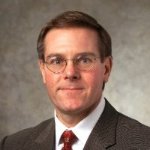 Scott Grossman has a strong track record of scientific leadership with 25 years experience in the drug industry. From 1987-1998 he worked in the Safety Assessment department of Merck where he conducted scientific problem-solving work and also ran the GLP bioanalytical group. More recently, Scott was heavily involved in drug-discovery and early development work at Dupont and Bristol-Myers Squibb. He led the Metabolism and Pharmacokinetics group, and later had broad responsibility over analytical and bioanalytical chemistry, drug metabolism, discovery toxicology, and discovery pharmaceutics groups. During this time Scott made key contributions to the Metabolites in Safety Testing effort of PhRMA. He was also a member of tactical and strategic governance bodies at BMS and led the Biocon-BMS Research and Development Center in Bangalore, India. Scott has a BS in Biochemistry from the University of Wisconsin/Madison and a Ph.D. in Pharmacology from the Medical University of South Carolina.